Big Picture: The book of Esther presents an episode in the history of God’s Old Covenant people that threatened their annihilation by the pagan powers of ancient Persia, and God’s deliverance. Here we see that God fulfills his redemptive promises not only through great miracles (such as the exodus from Egypt), but also through divine providence working through ordinary events. Even the actions of people who do not worship him are woven into patterns and purposes determined by the sovereign Lord alone.

Romans 8:28: “And we know that in all things God works for the good of those who love him, who have been called according to his purpose.”

Four unshakable promises of God for his New Covenant children 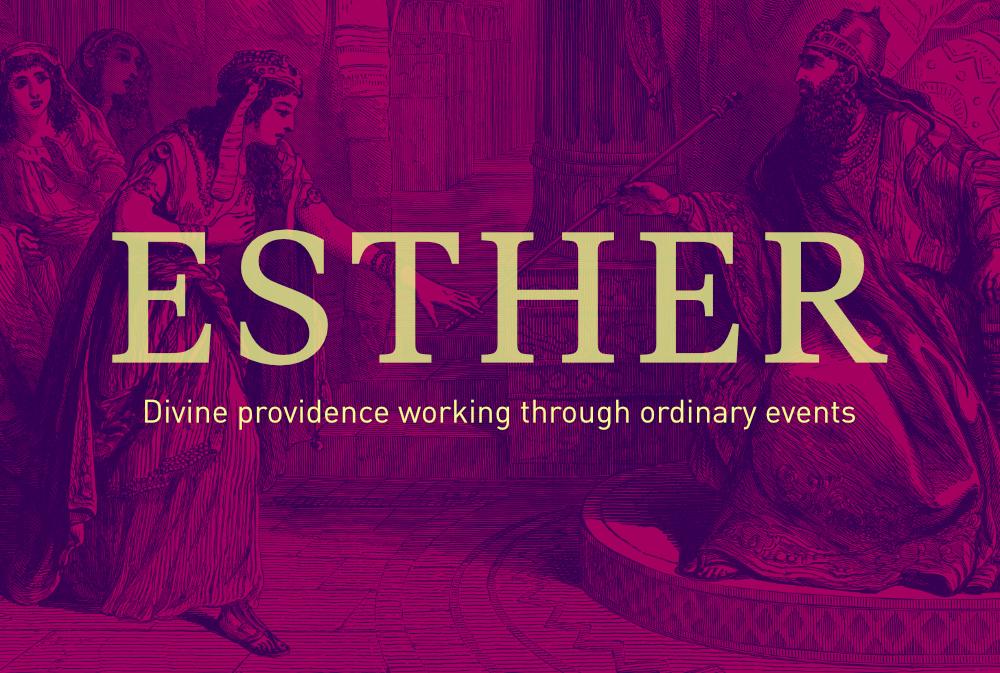