Big Picture: Nahum’s dark oracle against Ninevah provides comfort to the faithful by reminding us that we serve a God who will not leave the guilty unpunished. There will be perfect vengeance, and it will be seen by all. God finally and resoundingly triumphs over evil, even cruel world powers like Assyria.”

722BC: Assyria destroys and exiles the Northern Kingdom (Israel).

701BC: King Hezekiah repels an Assyrian siege of Jerusalem after God strikes 180,000 Assyrians dead in one night.

687BC: King Manasseh begins his solo reign during which Judah’s sin crosses the point of no return.

668BC: Ashurbanipal (the last great king of Assyria) ascends the throne.

663BC: Assyria successfully sacks the Egyptian City of Thebes.

648BC: Ashurbanipal is occupied by a battle with his brother in Babylon to the east, allowing Manasseh-led Judah to join a rebellion of western vassal states.

645BC: Ashurbanipal stamps out the rebellion in the west. Manasseh is exiled and humiliated. He then repents and returns to Jerusalem where he begins some reforms.

LIKELY WINDOW FOR THE MINISTRY OF NAHUM

642BC: Manasseh dies and is replaced by his wicked son Amon.

640BC: Amon is assasinated and replaced by Josiah, who brings reforms to Judah later in his reign.

631BC: Ashurbanipal dies, after which Assyria’s power quickly wanes.

612BC: Ninevah is destroyed by a coalition of the Babylonians & Medes.

586BC: The Babylonians burn Jerusalem and take the Southern Kingdom (Judah) into exile.

*This sermon series owes much to commentaries by Tremper Longman III and Owen Robertson. 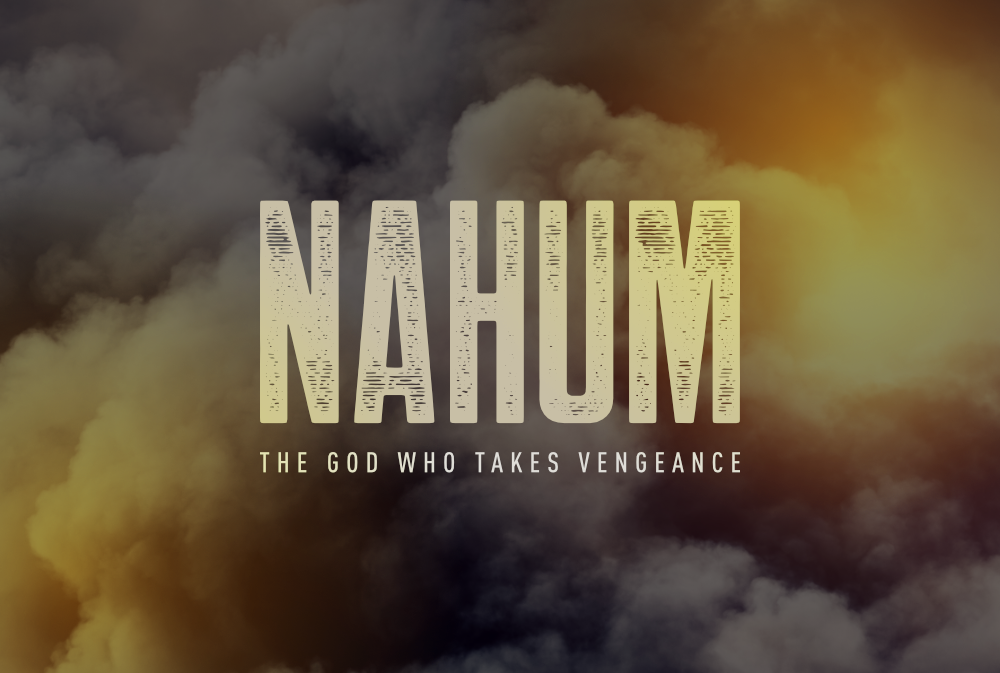 More in Nahum: The God Who Takes Vengeance

When Yahweh is Against You

The Good News of God's Judgement