Gap Theory View: Perfection . . . then chaos. Genesis 1:1 refers to God's initial perfect creation. Everything that God made was beautiful, there was no sin anywhere. Verse two, on the other hand, assumes that a great catastrophe occurred that caused the earth to descend in a chaotic state through the judgment of God. According to the Gap Theory, the formless and void state, as recorded in Genesis 1:2 is in direct contrast to the perfect, initial creation of verse 1. Something happened between the first two verses of Genesis to cause the earth to become desolate and uninhabitable after having been made perfect. Those holding to the Gap Theory contend that this state of ruin could have possibly lasted millions of years. After this unknown amount of time between the first two verses, God began a re-creation or restitution which involved successive days. So the remainder of the first chapter of Genesis deals with the reconstruction of the earth, not the original creation. This re-creation is usually assumed to have occurred only a few thousand years ago and was accomplished in six literal twenty-four-hour days. Genesis 1:3-2:3, therefore, is a second creation. Consequently, Genesis speaks of creation, judgment, ruin, and recreation.

24-hour view: This view affirms the days of creation as consisting of literal, 24-hour days as we know and experience them today. Proponents of this view argue that the Hebrew word for day- “yom” - consistently throughout the OT refers to a literal, 24-hour day. In the absence of strong evidence to the contrary (which proponents of this view do not believe is evident in the text) there is no reason to conclude that the author in Genesis 1 is meaning anything else than what is meant elsewhere in Scripture. While admitting the term may have a broader meaning, it only does so when the context dictates it clearly, which proponents say Genesis 1 does not grant. Often, proponents will appeal strongly to interpretive history asserting a virtual historical
consensus on the subject in favour of the 24-hour view. However, this supposed “historical consensus” is patently mistaken.

“How does Genesis use the word day in its early verses? That question is important
since the days of creation are the most apparent part of the structure Moses gave to the introduction of Genesis. It is also important since many people today argue that it is obvious that the word day must mean a twenty-four-hour day in Genesis 1. We need to see that the word day is used in as many as seven different ways in the short space of Genesis 1:1-2:4. First, ‘day’ in Genesis 1:5 means daylight – in our experience twelve hours, not twenty-four hours. Second, later in that same verse ‘day’ means the whole day of evening and morning, apparently twenty-four hours long. Third, the first three days of Genesis 1 – at least according to the traditional interpretation – are distinct as pre-solar days. We cannot know with certainly how long such days would be. Fourth, the solar days after the creation of the sun are another use of the word day. Fifth, the seventh day of Genesis 2:1-3 is at least described differently from the other days in that evening and morning are not mentioned in relation to it. Sixth, in Hebrew the numerals of the sixth and seventh days are preceded by the definite article, whereas there are no definite articles preceding the numerals for the other days....Finally, and significantly, Genesis 2:4...the word day stands for the whole period of the creative activity of God. This use of the word ‘day’ is particularly significant because it shows that in summarizing the work of creation at the beginning of the first of the generations in Genesis, Moses says the creation took place in a day.”

Day-age view:The "day-age" view asserts that the Hebrew word for day - “yom” - can and does refer to a span of time other than 24-hours. This view seeks to respect the voice of science as much as Scripture and history. Science has reached a strong consensus on astronomical facts concerning the nature of the origin of the universe. These are virtually irrefutable facts, it is argued. Scripture being a non-technical text in regard to science typically speaks of natural phenomena in descriptive rather than technical terms, and Genesis 1 is no exception to this. The Hebrew use of yom is flexible enough to allow for these "days" to be more than 24-hours – even VAST ages of time: millions to billions of years. So there is no contradiction between science and the Bible. The two are accommodated without having to alienate either the Christian or unbelieving scientific community.

The Literary Framework View: The "framework view" focuses on the structure of the Genesis 1 text. The literary and theological framework must take precedence over any apologetic concerns since this is the intention of the text itself. (“Apologetic concerns” = age of the earth; literal process and time-line of creation; final cosmological portrait; etc.) The essential distinctions of the literary framework view are twofold:

To clarify: the Hebrew “yom” has a metaphorical use in Genesis 1. It has a literal denotation (referring to an actual day) but with a nonliteral connotation (moving it away from an actual day to an unstated time reference). What is primary to the framework view is the theological connection of the message of Genesis 1 to the covenant community that has based its life around the Sabbath week. 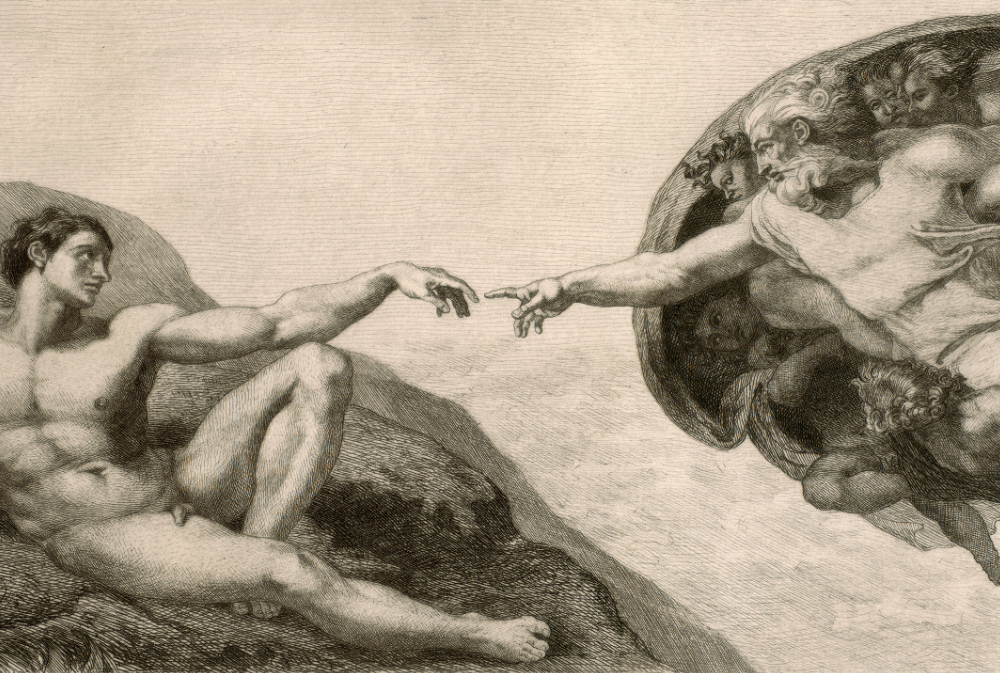 More in Sunday School: Laying the Groundwork for Genesis